New York is closer to Galapagos with the low-cost carrier Jet Blue  that hopes the scheduled passenger and cargo route will begin on or around 5 December 2019 and be operated with a 200-seat Airbus A321neo aircraft.

The airline Jet Blue was authorized and received the operating permit of what will be its third route in Ecuador after already flying from Fort Lauderdale to Quito since February 2016 and to Guayaquil since February 2019. It should be noted that as of this publication, the airline has not yet started or opened the sale of tickets for this route that it plans to start from December 5, 2019, which is subject government approval.

According to the Saber Market Intelligenge statistical studies, the O&D (Origin and Destination) demand between New York and Ecuador was more than 611,254 passengers during 2018. Currently New York JFK – Guayaquil is only served by LATAM Airlines Ecuador, which flies the 4,797 km route daily using Boeing 767 equipment.

According to Sabre Market Intelligence, O&D demand between New York and Ecuador was 611,254 passengers in 2018, down 6.9 percent compared with the previous 12 months. However, for the wider US-Ecuador market, it increased 1.8 percent to 1.66 million passengers. 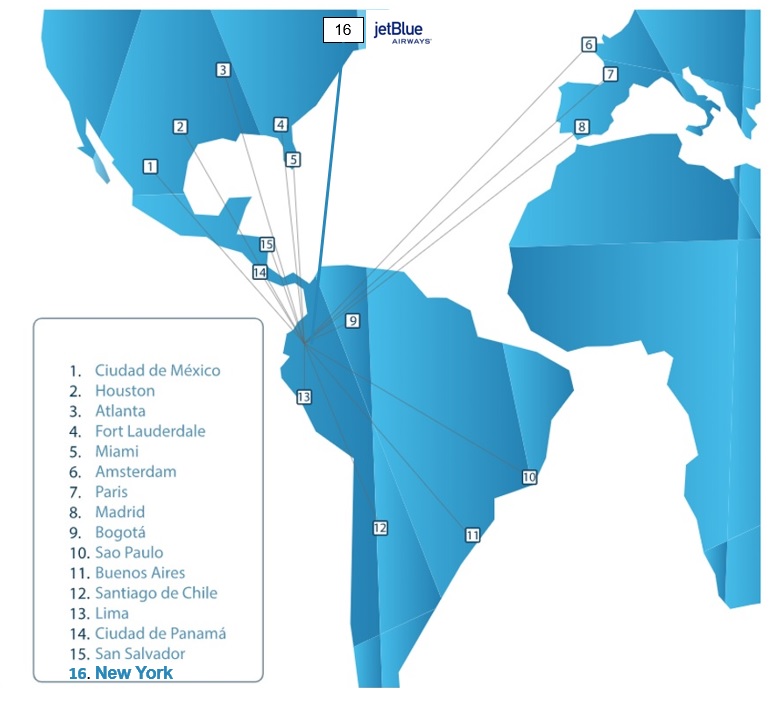 The opening of this new routes to flight directly to Ecuador join the previous announcement of Air France and it’s 3 direct flights to Ecuador that started weeks ago.  Also increase the opportunity for US citizens to travel more frequently to Ecuador and visit some of the most important destinations in South America including having more time to enjoy a Galapagos Islands cruise.