The Wildlife reborn in the Galapagos after COVID-19

Life in the Galapagos Islands reborn after the COVID-19 quarantine; The census of penguins and flightless cormorants of Galapagos, carried out in recent days by the Galapagos National Park and the Charles Darwin Foundation, has shown an increase in the population of these birds in the archipelago.

RECORD NUMBERS IN THE ARCHIPELAGO

Cormorants had a record number, according to historical records that exist since 1977, while penguins showed their highest number since 2006.

The estimation of the data collected during the census, based on the methodology applied more than a decade ago, reports that there are 2,290 flightless cormorants and 1940 penguins in the main colonies located on the Isabela and Fernandina Islands and Mariela’s Islands, in the west. from the Galapagos archipelago.

ADULT SPECIMENS TO PRESERVE THE SPECIES

One of the most relevant results that this census has left was that 86% of the individuals recorded were adults, both the flightless cormorant and the Galapagos penguin.

This means that there are specimens with high “reproductive potential” and mainly that they enjoy good health, which contributes to the preservation of endemic species. 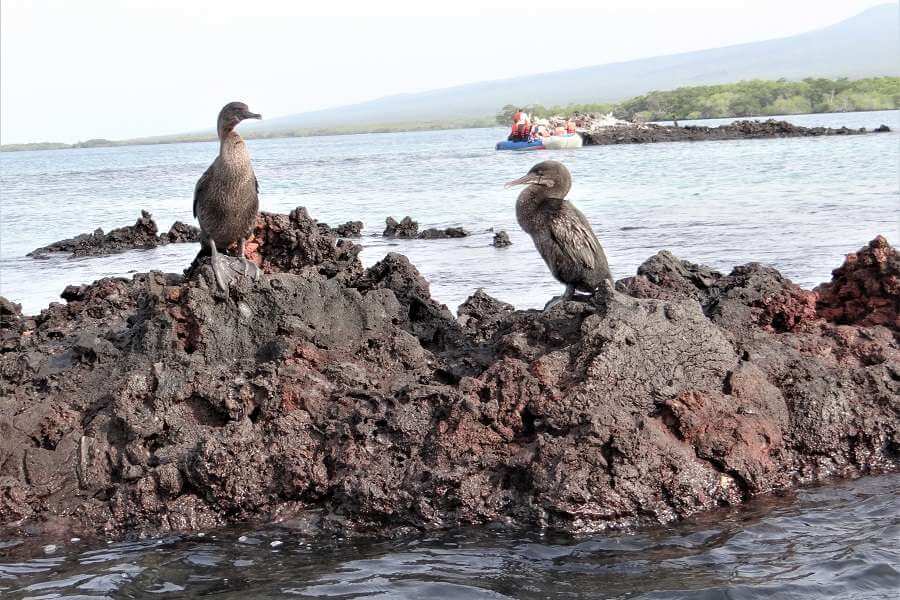 GNPD technicians consider that the presence of the natural event “La Niña”, characterized by the abnormal cooling of the waters of the Tropical Pacific, which produces a greater outcrop of food, adds to the absence of disturbances in the nesting areas of these species due to paralysis. of tourist activities during the COVID-19 quarantine, has contributed to the increase in population.

UNIQUE SPECIES IN THE WORLD

The Galapagos penguin (Spheniscus mendiculus) is the only variety that lives and nests at the equator and is one of the smallest penguin species in the world, reaching up to 35 centimeters in height.

The Galapagos cormorant (Phalacrocorax harrisi) inhabits a very restricted area and is the only one in the world that lost its ability to fly and developed diving skills.

Both species unique to the Galapagos Islands are considered threatened within the red list of endangered species of the World Union for Conservation of Nature (IUCN).

Would you like to meet these unique species of the Galapagos Islands?

📌 Discover our vessels in the Galapagos Islands! Click here.

About the Author: Santiago Amaguaña A.

I'm a wanderlust person, thanks to my experience as a national tourism guide I meet many places in Ecuador. I'm an editor and tour advisor as well. I love to inspire other people to travel and discover the wonders of my country.